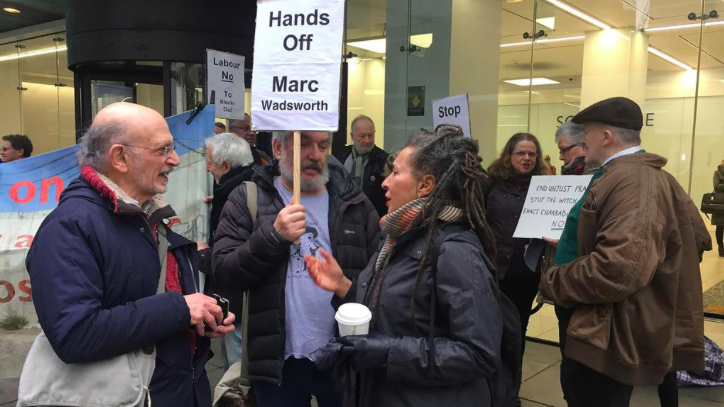 I read with interest your article in the Jewish Chronicle dated 23rd January 2018.

I realise this is a report from the Jewish Chronicle and therefore not a reliable source however, you are reported as saying (about me), and by inference of Israeli influence in British politics and activists like me in particular, that to speak of this amounts to, “….fantasy conspiracies, and that’s part of the problem – some people look for alleged conspiracies when in fact they should be looking at themselves and their behaviour. Provide us with the evidence – that’s a very, very serious allegation to me. I think if they can’t provide the evidence then clearly what they are saying is a problem, so they now have to provide the evidence, provide the proof of exactly what and how Israel has been involved. It’s yet another trope – put up or shut up, prove it.”

Of course, I find your use of the term trope yet another trope used against opponents of Israel to smear and suggest racism, but let’s not get bogged down in tit-for-tat accusations, especially when they concern such well-worn cliches.
Presuming your recent comments stem from simple ignorance and not malice, you appear to have missed numerous articles, documentaries, policy announcements from the Israeli government, over many years, that relate to this specific topic; what’s happening in the UK, Israel and a number of other countries. I will assist.

If we stick to a very few reasonably contemporaneous media interventions, as early as 2009 the Channel 4 programme Dispatches investigated the pro-Israel lobby in Britain and how it works. Here is the programme on Youtube.

Here is a transcript of the show to further clarify.

Below are links to a number of more recent articles.

The problem is not in finding these articles. There are so many I cannot possibly list all so I suggest, given your access to Parliamentary research staff, you and yours can use a search engine and simply Google ‘BDS and Israel. It makes for fascinating, and instructive reading.

Haaretz 2018
“Israeli government hired lawyers to counter BDS; nature of work is kept a secret, and defined as ‘extremely sensitive’