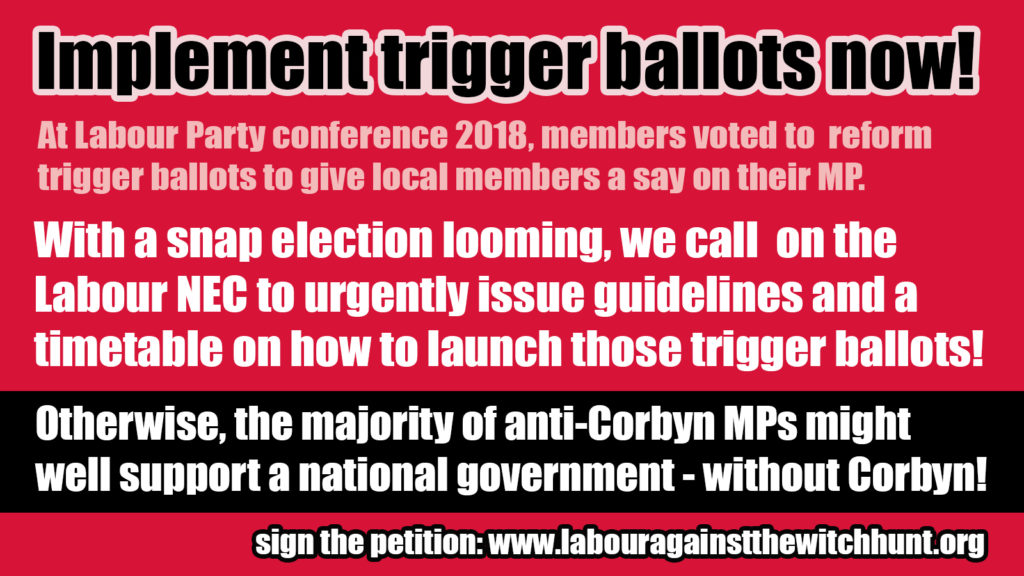 This is particularly worrying with talks of a snap election or, worse, the formation of a national government. No doubt, Jeremy Corbyn would not be invited to join – let alone lead – such a national government, as the vast majority of MPs in the Parliamentary Labour Party have proven over and over again how deeply hostile they are to him and his politics.

The PLP must change and Labour Party members must be allowed to exercise the right to hold their representatives to account! END_OF_DOCUMENT_TOKEN_TO_BE_REPLACED