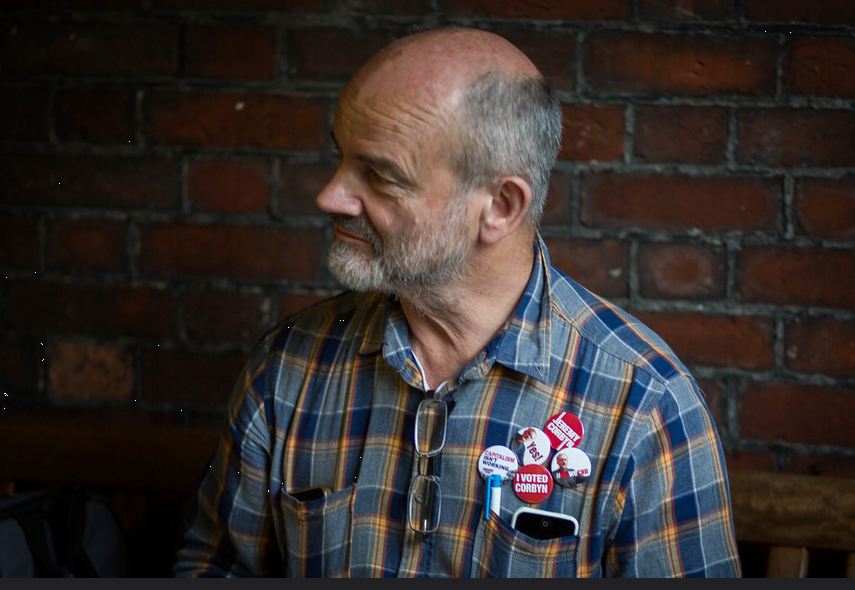 On April 21 2018, Stan was dismissed from his job with Hammersmith and Fulham Council after 17 years unblemished service as a housing officer, for having “brought the Council into disrepute”, by saying that the Zionist movement collaborated with the Nazi regime – a well documented if shameful historical fact.

He said this on March 26, in a conversation in Parliament Square – nothing to do with work – while participating in the Jewish Voice for Labour demonstration in support of Jeremy Corbyn and the Labour Party, called in opposition to the rightwing ‘Enough is Enough’ demonstration.

The BBC’s David Grossman tweeted a 105-second video clip of the conversation, retweeted by Tory MP Greg Hands to H&F Council Labour leader Stephen Cowan and then used by the Council to sack Stan.

Unison withdrew support because Stan rejected the bad advice of their regional organiser to plead guilty, throwing away the right to demonstrate and to freedom of speech.

This dismissal was clearly an extension of the McCarthyite witch-hunt against Corbyn supporters in the Labour Party into the area of employment. Hopefully, this judgment will go some way to stop any more of such politically motivated sackings.

The remedy hearing is set for October 2, to determine possible reinstatement and the level of compensation.

Thank you to everybody who has supported Stan in this period!

Mike Cushman – ‘How talking about Zionism can lose you your job’:
https://freespeechonisrael.org.uk/keable-sacking/#sthash.ueizxvgU.xeBSvgDw.dpbs