Moshe Machover made reference to a couple of useful articles on the issue:
Jabotinsky: The Iron Wall – a definitive new translation 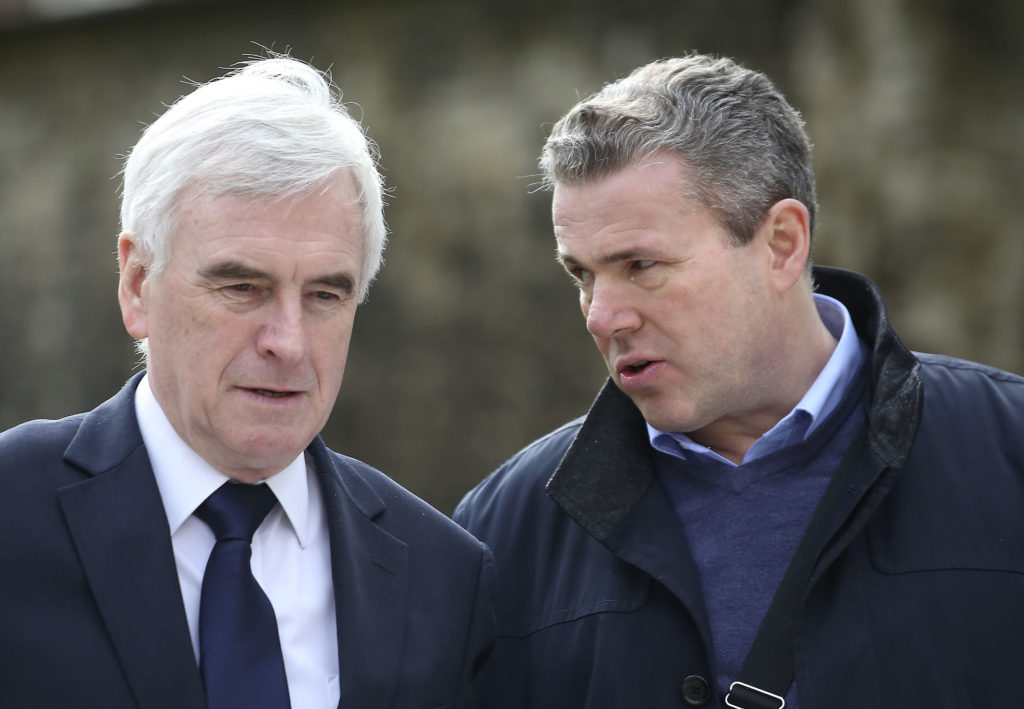 The leader of one of Britain’s main trade unions has suggested that Israel created the antisemitism row that has engulfed Labour over the summer.

Mark Serwotka, who leads the Public and Commercial Services Union (PCS) and is a staunch supporter of Jeremy Corbyn, told a fringe event at the Trades Union Congress conference that the Jewish state could have “created a story that does not exist” in order to distract attention from “atrocities” he said it has committed.

His comments were condemned by antisemitism campaigners, who said Mr Serwotka should resign over the “despicable” claims.

The comments risk reigniting the row over claims of anti-Jewish abuse in Labour, which has died down in recent days after the party’s ruling executive bowed to pressure to adopt an internationally recognised definition of antisemitism.

Speaking at an event organised by the Palestine Solidarity Campaign, Mr Sertwoka said he “deplored” antisemitism but claimed accusations against Mr Corbyn were the result of “something sinister going on”.

He told the event in Manchester: “I think it is unfortunate that the Labour Party allowed a lot of this to drag on in a way that actually did not help anybody.”

“In a year when Donald Trump has moved the US embassy from Tel Aviv to Jerusalem, in a year when dozens of Palestinians including children were gunned down – unarmed innocent civilians – by the Israeli military, in a year when the Americans are cutting off aid … isn’t it a vile world when, instead of being on the front foot, denouncing these atrocities, demanding an independent and sovereign state for the Palestinian people, we have had a summer of asking ourselves whether leading Labour movement people are in any way antisemitic?”

He added: “I’m not a conspiracy theorist, but I’ll tell you what – one of the best forms of trying to hide from the atrocities that you are committing is to go on the offensive and actually create a story that does not exist for people on this platform, the trade union movement or, I have to say, for the leader of the Labour Party.”

Mr Corbyn has previously called Mr Serwotka his “friend”. The firebrand union leader was expelled by Labour in the 1990s for his membership of a left-wing group and banned from voting in the 2015 leadership contest because the party said he did not “share its aims and values”. He was allowed to rejoin after Mr Corbyn became leader.

Mr Serwotka told trade union members in Manchester there had been “the most systematic attempt to shut down all those advocating justice for the Palestinians in a way that should trouble all those who want to expose injustices”.

He added: “And we fast-forward to this year, and the dominating headline has not been the actions of the Israeli state; it is whether we as a movement have any form of antisemitism in our attitude to Palestinians.”

Euan Philipps, a spokesperson for Labour Against Antisemitism, said: “Mark Serwotka’s speech is a stark illustration of how deeply embedded antisemitism is within the Labour movement.

“To intimate that the Israeli government is somehow responsible for the antisemitism crisis that has torn across the Labour Party this summer is a baseless lie.

He added: “It callously dismisses the serious and legitimate concerns of the Jewish community, while also drawing on antisemitic tropes (including dual loyalty and conspiracy theory) to draw attention from what is a recognised issue of discrimination against Jews across the political left.

“The suggestion that there is a malevolent power manipulating British politics is as absurd as it is offensive.

“With this speech Mr Serwotka has brought the entire TUC into disrepute. It deserves widespread condemnation and we he should resign as general secretary of the PCS.”

Jennifer Gerber, director of Labour Friends of Israel, said: “Mr Serwotka’s comments are despicable. There is a problem of antisemitism in the Labour Party because of antisemites and Jeremy Corbyn’s failure to deal with them, not because of Israel.

“For a general secretary of a major trade union to allude to conspiracy theories and blame Jews for their own persecution shows the extent of the problem we now see on the left.”

British Jews are leaving the country because of antisemitism, claims rabbi Jonathan Sacks

Speaking at the same event, Mr Lanning said Israel was a “racist state” and claimed the row over antisemitism in Labour had had a “chilling effect”.

He said: “It’s time to speak up and stand up for Palestine. And the situation Mark was describing, which has had this chilling effect across the whole trade union Labour movement.”

To loud applause, he added: “I take the view that if Israel wants to have racist laws, if it wants to have roads that only some people can go on, to have different laws and education systems based on race, we shouldn’t be frightened of calling it a racist state.”

Mr Lanning said the row over antisemitism was “an opportunity” to focus people’s attention on Israel.

Calling for boycott, divestment and sanctions against the Jewish state, he told trade union members: “We’ve got to shift the tipping point within the Labour and trade union movement – and you are the shock troops who are able to do this.

“One of the things that’s happened over the summer is that Palestine has been brought into the political agenda probably more than it has been for a long time.

“We can take that as an opportunity … so what the people who wanted to keep us quiet end up doing is making us shout very loudly.”

A PCS spokesperson said: “Mark spoke at a Palestine Solidarity Campaign fringe event at the TUC – an organisation PCS is affiliated to.

“He made the point at the start of the meeting that we need to oppose antisemitism in society and within the labour movement.

“But we should not allow the issue of antisemitism to be used by people who are attempting to silence Palestinian voices as they legitimately struggle for their rights and a sovereign state.”