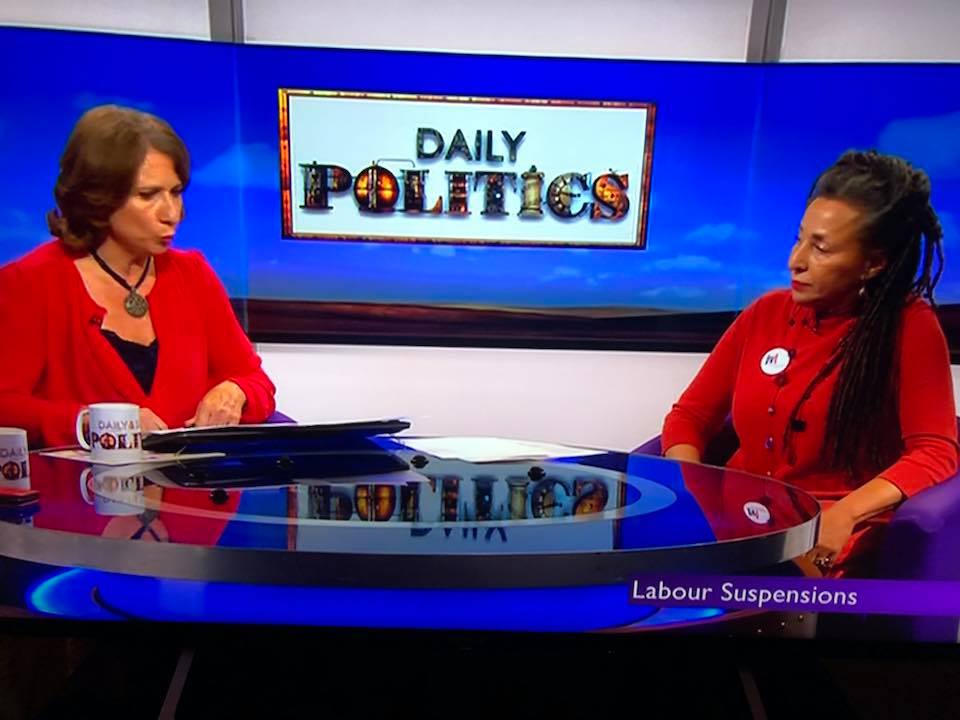 Labour Against the Witchhunt chair Jackie Walker was interviewed on the Daily Politics today (January 23). Despite being constantly interrupted by the presenter, she managed to demand a swift end of the witch-hunt against left-wing and pro-Palestinian members. She also clarified that the witch-hunt is not orchestrated by Jeremy Corbyn, but is a campaign by the right AGAINST him and his supporters.