Jewish Voice for Labour is committed both to challenging any antisemitic incidents or statements we encounter in the Labour Party or elsewhere, and to contesting unwarranted allegations of antisemitism.

We agree with Brian Klug who wrote in The Jewish Chronicle last year: “While antisemitism is monstrous – and, like all forms of racism, should be vigorously dealt with – false accusations of antisemitism are monstrous too.” To be labelled an antisemite is both painful and severely damaging to a person’s reputation and it is not an allegation to be made without clear prima facia evidence. False allegations also risk making correct allegations less credible and place Jews at greater risk.

We have reviewed the bulky dossier of material presented as evidence against Tony Greenstein by the Governance and Legal Unit of the Labour Party. To those of us who have known him for many years as a Jewish socialist and an implacable opponent of racism and antisemitism in any form, it is no surprise to find that the dossier does not offer any remotely persuasive substantiation of claims of antisemitism.

There is undoubtedly evidence of language which we would not want to be associated with. But as Shami Chakrabarti stated in her report, even offensive language on its own is only antisemitic if it is coupled with antisemitic intent. Such intent cannot be demonstrated in Tony Greenstein’s case because it is absent.

There are many critical comments we could make about this disciplinary process. We will limit ourselves to one, the issue of representation. Party members with sufficient financial resources are entitled to instruct a lawyer to represent them. Those who cannot afford one are only allowed to have a ‘silent friend’. This clearly discriminates against less affluent party members and in particular against less affluent and less articulate party members who are denied the support of a knowledgeable friend or colleague to speak on their behalf.

The party should either provide legal representation to all summoned to a disciplinary hearing or allow representation and advocacy from a non-legally qualified acquaintance.

The following letter was sent from the Free Speech on Israel group to Iain McNicol. It makes extensive reference to the Chakrabarti Report which has now disappeared from the Labour Party’s web site.

The only reason for this is that its recommendations are an embarrassment to Iain McNicol, the Compliance Unit and Labour’s Witch-hunters.

In the interests of freedom of speech and accountability I have posted it here:

Free Speech on Israel is a Jewish led group of mainly Labour Party members formed to contest restrictions on debate about Palestinian rights and Israeli Government actions and to contest antisemitic speech and actions as well as false allegations of antisemitism.

FSOI wishes to express its grave disquiet about the current operation of the Party’s disciplinary machinery and in particular in relation to the mishandling of the case against Tony Greenstein who has a long record of both challenging antisemitism and racism and campaigning for human rights. The dossier presented to Tony Greenstein contains many robust statements and vociferous criticism of Israel’s actions but nothing that can remotely be judged as being antisemitic or uttered with antisemitic intent.

END_OF_DOCUMENT_TOKEN_TO_BE_REPLACED

Labour Against the Witchhunt (LAW) is a Labour Party campaign. We urge all those who oppose Labour’s witchhunt against Corbyn supporters and critics of Israel/Zionism to stay in the Party and fight.

Labour Against the Witchhunt welcomes the participation of all people who support its three key aims:
1. an end to automatic suspensions and expulsions;
2. rejection of the IHRA definition of anti-Semitism, which conflates anti-Semitism with anti-Zionism and support for the rights of the Palestinian people;
3. abolition of Labour’s ‘compliance unit’.

Those who, like ‘Socialist Fight’, promote the “socialism of fools” – the view that imperialism’s support for Zionism and Israel is because of the influence of Jews – are also not welcome in LAW.

On October 3 2017, Professor Moshe Machover, an Israeli anti-Zionist was ‘auto-excluded’ from the Labour Party. Moshe’s offence was to write an ‘apparently anti-Semitic’ article quoting Reinhardt Heydrich praising the Zionist movement. The article itself was factually true.

Moshe’s main crime had been to write for the Weekly Worker, paper of the Communist Party of Great Britain and speak at their conference. According to Sam Matthews of Labour’s Disputes Committee, this indicated support for another organisation. If Moshe had, like many Labour MPs, written for the Daily Mail or the Sun there would not have been a problem.

Because of the fierce reaction to Moshe’s expulsion, with dozens of Labour Party branches and CLPs passing motions condemning this exercise in McCarthyism, the expulsion of Machover was rescinded. According to Matthew’s ‘logic’, Jeremy Corbyn, a columnist for the Morning Star for 10 years, should also have been expelled! After Labour’s successful annual conference and its successes in the General Election, members were not prepared to tolerate a renewed witch hunt by Labour’s General Secretary Iain McNicol or the Compliance Unit.

Members have made it very clear that they are sick and tired of supporters of the Palestinians and opponents of Israeli Apartheid being labelled as anti-Semitic.

McNicol’s witch hunters haven’t given up though. On October 31 the Jewish Chronicle, as a result of a leak from Labour HQ, wrote that Tony Greenstein, Jackie Walker and Marc Wadsworth were going to be facing expulsion imminently.

On November 2, Tony Greenstein, a Jewish anti-Zionist and an active anti-fascist, author of the Fight Against Fascism in Brighton (reviewed here) was informed that he would be facing expulsion before the National Constitutional Committee within 5 weeks.

It is over 20 months since Tony was suspended and 17 months since his Investigation Meeting, yet the NCC have refused to allow him more time to response to a 190 page dossier despite having been in hospital when he was notified of the hearing.

Tony has been targeted by the Jewish Labour Movement, ‘sister party’ of the Israeli Labour Party. One charge is posting on his blog ‘offensive and derisory’ comments accusing Louise Ellman MP of being a “supporter of Israeli child abuse”.

On January 16 2016 there was a debate in the House of Commons on Israel’s treatment of Palestinian children. The debate revolved around a UNICEF Report which recorded that Palestinian children experienced treatment akin to torture as well as sexual abuse. During the debate Ms Ellman intervened three times to justify the Israeli Military’s behaviour.

Tony Greenstein is accused of ‘anti-Semitism’ but his charges relate to his criticism of Israel not Jews. According to Professor Brian Klug of Oxford University ‘‘antisemitism is a form of hostility to Jews as Jews, where Jews are perceived as something other than what they are.’ Anti-Semitism has nothing to do with criticism of Zionism or Israel.

We demand that the principles of natural justice and due process, as recommended by the Chakrabarti Report, are adhered to and that the proposed expulsions of Tony Greenstein, Jackie Walker and Marc Wadsworth are withdrawn. As Alexei Sayle noted during a Sky News interview:

Why is it false and faked?  Because you only have to look at who supports it.

If the Labour Party were overrun by anti-Semitism does anyone seriously think that the Daily Mail, the Sun and the Tory tabloids would be concerned?  Why is it that the most racist newspapers in Britain are ‘concerned’ about anti-Semitism in the Labour Party?  How is it that the Daily Mail and the Express, which supported Hitler in the 1930’s, which campaigned against the admission of Jewish refugees from Nazism are now so concerned about ‘anti-Semitism’?  Why is it that those papers that vilify asylum seekers and refugees, which employ columnists like Katie Hopkins and Richard Littlejohn, are concerned about anti-Semitism? END_OF_DOCUMENT_TOKEN_TO_BE_REPLACED 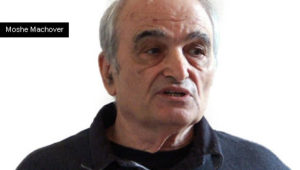 These are the Principles of Labour Against the Witchhunt as agreed at our inaugural meeting on October 17 2017:

i. No auto-exclusions or expulsions. Everyone has the right to a fair hearing.

ii. We agreed on a simple definition of anti-Semitism to counterpose to the Zionist and ruling class IHRA definition adopted by Theresa May. It is from Prof. Brian Klug’s ‘Shattered Glass’ Lecture at the Berlin Jewish Museum in 2014 on the anniversary of Kristallnact. It is a 21 word definition, not the 450 word IHRA definition whose sole purpose is to conflate anti-Semitism and anti-Zionism.

‘antisemitism is a form of hostility to Jews as Jews, where Jews are perceived as something other than what they are.’

iii. The Compliance Unit should be abolished. All disciplinary action against members should be undertaken by elected bodies not full time staff. 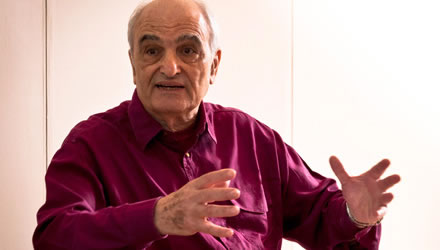 The claim that anti-Semitism is rife in the Labour Party is untrue. It is a weapon the Right has consistently used against the Left. The ‘anti-Semitism’ smear campaign and witchhunt is used to block criticism of Israel’s settler-colonialism, its persecution of the Palestinians and its racist, apartheid practices. False anti-Semitism accusations are used to bolster support for Israel’s role in the Middle East. Israel receives more military aid from the USA than all the other countries in the world put together, over $4 billion a year. END_OF_DOCUMENT_TOKEN_TO_BE_REPLACED