Friday May 28, 5pm: Launch of Resist! at Labour Party conference

Labour Against the Witchhunt and a number of other organisations have got together to jointly discuss how we can intervene at this year’s Labour Party conference. Like a number of groups, we had our venues cancelled in the run up to the 2018 and 2019 conferences, when pro-Israel supporters wrongly claimed that we were supporting antisemites. In 2019, members of the Labour Left Alliance in Brighton swiftly booked The Rialto Theatre to stage a number of evening events. Register here to be kept informed about the event in September 2021.

This year, we have jointly booked the theatre for a full 3-day festival, where we can freely discuss and, importantly, organise. This exciting initiative called ‘Resist! at Labour Party conference’ will be launched on Friday May 28 at 5pm – register here. Speakers include Kerry-Anne Mendoza, Chris Williamson, Jackie Walker and Tony Greenstein.

In a number of universities, academics and staff are under threat of suspension for daring to speak out on Israel and Zionism, for example Bristol Professor David Miller. In addition, the government is threatening to defund universities who do not impose IHRA. Join us to discuss how to fight back.
Speakers include
– Norman Finkelstein
– Deepa Driver
– Moshe Machover
– Saladin Meckled-Garcia
– Ilan Pappe
– Tom Hickey (BRICUP)

June 6, 7pm: Not the Forde Enquiry

Martin Forde QC launched his inquiry into the leaked report on the Labour Party’s Governance and Legal Unit in May 2020. The leaked report appeared to show horrific attempts by the party’s paid officials to undermine the leadership of Jeremy Corbyn – but also many mistakes made by the Corbyn leadership, which made concession after concession to the right, trying to ‘fight antisemitism’.

The Forde Inquiry was first supposed to have reported by mid-July but after successive delays it was announced that publication would be postponed until the completion of an investigation by the Information Commissioner’s Office. Many commentators believe Forde’s report is never going to appear because Keir Starmer simply wants to bury the truth.

The videos from the launch rally for ‘Campaign for Free Speech’ are now available:

How and why Free Speech is coming under increasing attack

Speakers (all in personal capacity):

-> Plus: Presentation of the Draft Charter for Free Speech (draft here ) and conference on Saturday January 23 2021, introduced by Kevin Bean

VIDEO: The Labour leadership elections and our tasks (filmed April 14 2020)

After Keir Starmer’s election to leader of the Labour Party, we discussed how we can continue the fight:
* to defend freedom of speech in our party,
* to stop the misuse of trumped up charges to remove left candidates, and
* to reject the IHRA mis-definition of anti-Semitism

We also want to continue to campaign to stop Starmer from implementing the Board of Deputies’ so-called ‘10 Pledges’ – one of his first announcements. Our open letter to Rebecca Long-Bailey on this issue has been signed by almost 5,000 people and a number of organisations: https://bit.ly/2VaLWX3

We also discussed our response to the leaked Labour Party report that was produced in response to the investigation by the Equality and Human Rights Commission and which gives us proof of the warfare and sabotage committed against Corbyn and the hundreds of thousands who joined the party in order to support him in the fight for socialist change.

1) Welcome and opening remarks (co-chair Tina Werkmann)
2) The Labour leadership elections and our tasks
Introduced by Jackie Walker and Graham Bash (both members of the steering committee LAW) and Moshe Machover, honorary president of LAW 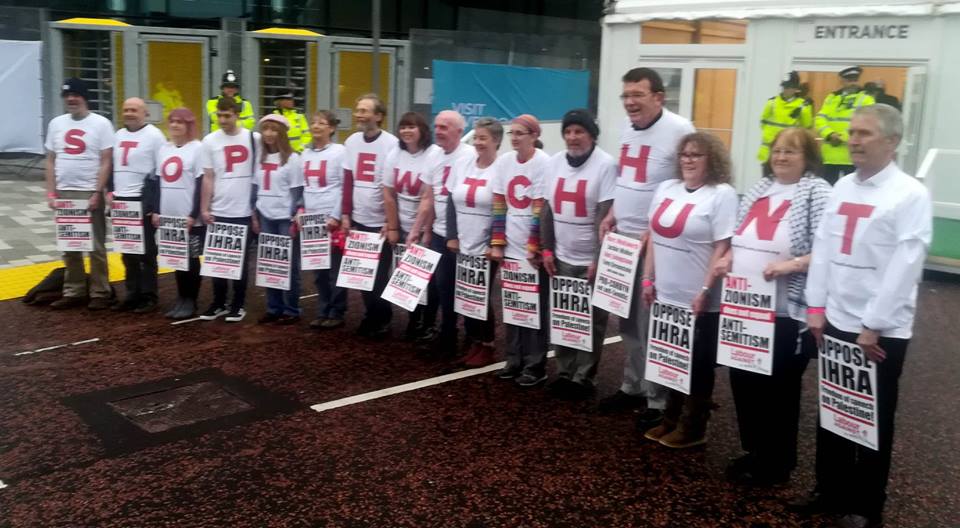