The renewed suspension of Chris Williamson MP, two days after he was readmitted to the Labour Party, is deeply troubling. We are particularly concerned that Keith Vaz’ U-turn seems to have been motivated purely by the pressure coming from the right inside and outside the party. Sadly but unsurprisingly, that now includes Jon Lansman.

But Vaz’s U-turn and Chris’s renewed suspension, following the deeply undemocratic and hysterical letter organised by Tom Watson, symbolise how unfair and one-sided the whole disciplinary process really is. The right is calling all the shots – and Labour HQ seems to always do exactly what they demand.

But the right will never be appeased. They will never accept Jeremy Corbyn as leader of the Labour Party, let alone prime minister. They will continue their campaign of sabotage, because he remains unreliable from the ruling class’s point of view, especially given his strong support for the rights of Palestinians.

It is high time that the Labour MPs better reflect the wishes of the local membership. We therefore urge Labour Party members to organise trigger ballots everywhere, particularly in order to deselect the 70 or so MPs who have signed Tom Watson’s letter (below). 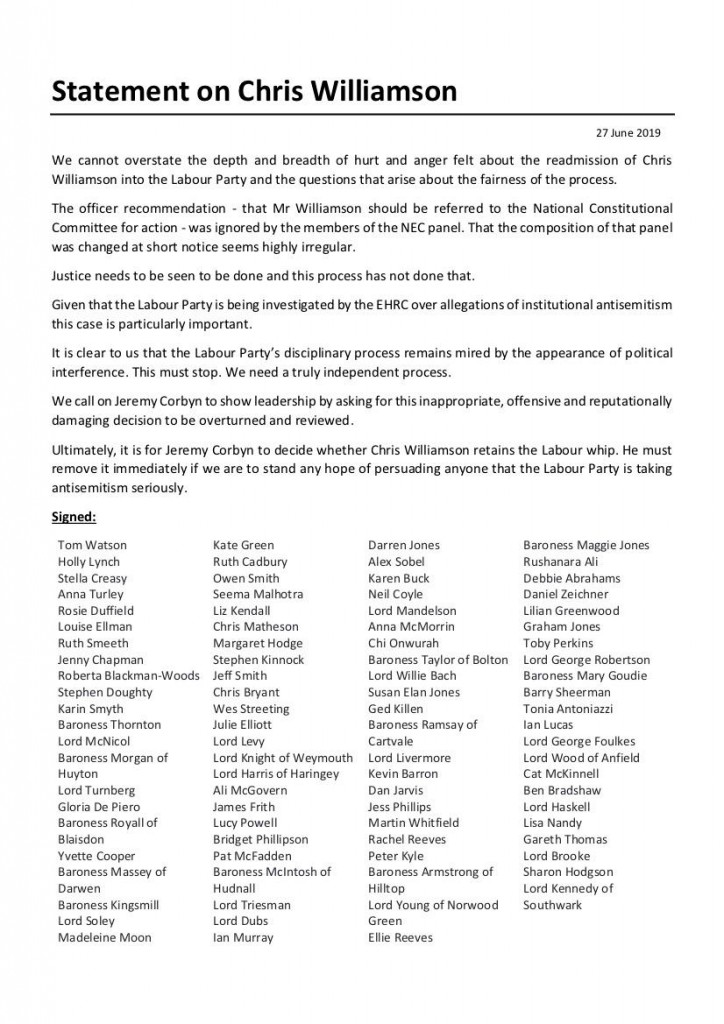